Anne Keogh—currently Professor in Medicine and Senior Heart Transplant Cardiologist at St Vincent’s Hospital and President in 2000/01 of the International Society of Heart and Lung Transplantation—vehemently opposes the use of animal models in heart research on both ethical and scientific grounds. 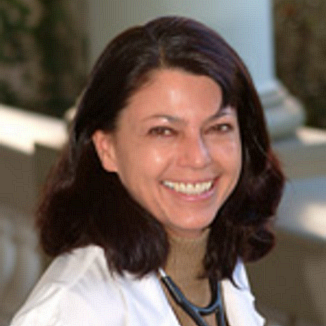 Professor Keogh is Joint Head of the Clinical Research Program in the Victor Chang Cardiac Research Institute in Sydney and the Senior Cardiologist in Cardiac Transplantation.

Her current clinical research interests are left heart failure, pulmonary hypertension, heart transplantation, immunosuppression and alternatives to transplantation. She has published widely with more than 250 peer articles and 300 abstracts since 1984.

Antidote Europe (AE): Please could you tell us at what time in your studies or during your career you first became aware or uncomfortable with the issue of animal experiments? Was this based purely on ethical concerns or scientific ones as well?

Anne Keogh (AK): In my Medical School in 1976, rats were placed on red hot copper plates (to prove that they would jump in any direction to avoid the burning pain) and then into a freezer for 6 hours. Scientific? No. Ethically reasonable? No. Intelligent 20-year olds were unsurprised at the results (nor would a four-year-old be). Next, the “swim” test leaves a rat in a tub of water to swim until the observer judges the rat may be exhausted and about to drown. Hardly good science. Cruel and stupid. Every animal laboratory practical for “teaching purposes” could have been replaced with a properly designed exercise not using animals. As a cardiologist dealing with human cardiac diseases, it is totally disappointing to see the massive amount of animal usage which can never have translational relevance to the complexity of human heart disease. And to see duplication of animal work already done long before, poor scientific methodology, and a single aspect view which holds back science. And what I see ignores the publication bias towards positive reports. What if all the inconclusive and negative research done on animals were to be made known?

AE: You are currently Professor in Medicine and Senior Heart Transplant Cardiologist at St Vincent’s Hospital and were President in 2000-2001 of the International Society of Heart and Lung Transplantation. Could you comment on the world’s first human heart transplant by Christiaan Barnard in 1967, in which the operation was a technical success but the patient died soon afterwards, apparently the result of excess immunosuppressive drugs, whose dose for the transplant recipient had been calculated from experiments on dogs?

AK: That is true and really a key question—how drugs are developed and the learning curve when drugs reach humans. Drugs are developed in a range of different animals species, and are tested in very high doses chosen to maximise the chance of the drug showing an effect (eg on the immune system). Not surprisingly this does not mean that all toxicities are ironed out. For example rats could not tell the researchers that a drug called terbogrel (for a heart-lung condition) caused intolerable bone pain. No matter what good terbogrel did, this side effect was so severe in humans that the drug was abandoned.

It is obvious that a drug will work differently in humans than in animals (different pharmocokinetics), and even different humans will react to the same drug differently (pharmacogenomics). Many drugs start out in clinical trials in humans in doses that are too high, and even after the inevitable wind back in dosing, a balance between the drug’s benefit and its toxicity is never found. Not even one in a hundred drugs tested in rats, dogs, monkeys, hamsters, guinea pigs,—you name a species—works in humans. You really have to question a method where almost all results are a failure. So what is a scientific alternative? Instead of macrodosing large numbers of animals and then getting to the human phase late in the process, we should rather work from low doses upward, in the species for whom the drug is intended (humans). In microdosing, a tiny amount of “tagged” (radio-labelled) drug is given to a healthy human, and with new tools (eg accelerator mass spectrometry, MRI or PET) the human response can be measured. This is far more scientific, less haphazard, shaves 1-2 years off development time, and spares huge numbers of animals.

AE: Have you seen any change over the years in Australia with respect to attitudes by the public on animal use in science and medical research? And what about within the research community itself? What needs to happen next in your view?

AK: Australians now understand the misery of laying hens trapped in cages, but this took firstly exposure and then an incredible amount of education. There is little awareness of animal misery in research, which is well hidden from public view. It is repeatedly said that lesser numbers of animals are being used now in research. This is untrue. Use of genetically disrupted animals has brought animal usage to the largest numbers of all time. We have Animal Ethics Committees (AECs). Don’t AECs question whether animals are to be used and advise on non animal methods? No they don’t. The role of the AEC is to govern research on behalf of the institution. This is an incredibly important point to understand. AECs do not have for example, a committee member versed in ways of replacing animals and achieving answers more directly, even though non animal methods are available. There is almost no one doing the job of promoting non animal methods in Australia. Not the National Health and Medical Research Council (NHMRC). Not AECs. The NHMRC Code of Practice mandating use of alternatives to animals, is frankly largely ignored. I feel that the real change has to come from within the NHMRC and AEC structure to move forward and away from the use of misleading animal “models”. Medical Advances Without Animals (MAWA) is an independent Australian Trust group trying to encourage scientific work to replace animals.

AE: Is it possible in Australia to become a surgeon without practising first on animals? For example, in several countries today it is possible for emergency surgeons to obtain accreditation in Advanced Trauma Life Support (ATLS) without conducting animal experiments.

AK: Of course! A young surgeon starts by learning the human anatomy, the theory, watches surgeons operating on humans, assists under close supervision and gradually increases their skill base in humans. Human tissues have a special texture and human physiology is unique. I’d be worried if told, “Anne, the surgeon operating on you this morning has performed brilliantly in the ‘wet lab’ on rabbits for years. He just hasn’t operated on people yet.”

It certainly does. The differences abound. For example, there may be differences in red blood cells with respect to roundness, flexibility and blood viscosity. There may also be gender differences. In heart transplant research, male rats are generally used to test immune drugs (female rats possess oestrogen and a more alert immune systems). Species differences are far greater than species similarities. “Models” of heart and lung diseases are induced in various ways that rarely resemble the human disease. I could give you an exhaustive list of these flawed models and how better, non-animal, scientific alternatives could be used today. Very simply, until drugs are tested in humans, the outcomes for humans, cannot be known. And this explains why these heart drugs (all within my time) “worked in animals” with left heart failure but when used in humans, killed people — flosequinan, epoprostenol, pimobendan, enoximone, amrinone, and so on.

AE: We would like to sincerely thank you for taking the time to participate in this interview. Are there any other points that you would like to mention in closing that were not covered in the interview?

AK: There are major changes needed immediately at the top level of AEC and NHMRCin Australia to replace research in animals and make better science. But what can an individual do? Australians donate generously to Institutes and Foundations for all sorts of diseases. It is perfectly reasonable for donors to ask exactly what they are funding, what animals are being used and to ask about any uptake of non animal methods. The truth would surprise people. Be aware that alternatives to animals are better science and lead to new treatments for humans more quickly. Decide to be informed and act on what you know. Only buy the medicines you really need, don’t stockpile and let drugs expire—buy cruelty-free cosmetics. Become informed about the origin of Hormone Replacement Therapies (obtained from mares with urinary catheters in for life). Use a lifestyle change where this can reduce tablets.

Consider subscribing to groups which have the structure to promote better science, keep you more aware and can implement a change for good on your behalf. Finally, I would like to invite your readers to visit the website of Medical Advances Without Animals (MAWA) for more information on this subject: http://www.mawa-trust.org.au/