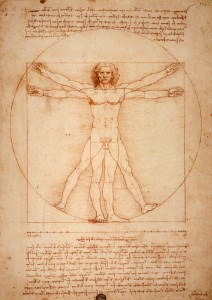 Antidote continues to actively promote toxicogenomics as the modern method of choice for hazard and risk assessment of chemicals, which must be adopted without delay by the regulatory authorities, especially in REACH. This method has shown itself to be rapid, cost effective and relevant to the species in question, namely human beings.

Together with other like-minded organisations, we have succeeded in seeing the term included in the preamble to the REACH regulation, adopted on 18th December 2006. It is noteworthy that the Belgian senate has since called for the creation of a Centre for Toxicogenomics in Belgium.

We put toxicogenomics to the test in 28 chemicals, including bisphenol A, which subsequently attracted much media attention and made people take note of our contribution to the public discussion concerning this substance.

In the face of continued bureaucratic inertia on the part of the authorities, we lodged an official complaint with the EU ombudsman, calling for the immediate application of toxicogenomics to screen chemicals.

To strengthen our case, we recently commissioned a new scientific study to show the toxic effects, including cancer, of chemicals that surround us. We are confident that this study will add weight to our previous results (2005), since this technology is improving all the time.

We originally launched the “Cancer Test” project in July 2008 and we would like to thank once again all those who donated so generously in response to our appeal. Due to insufficient funding, we have been unable to pursue our original plan. However, early in 2009 we succeeded in finding a research project that was within our budget and arepleased to announce that we have signed a contract with a very reputable UK university. Our study will examine the effects of commonly used pesticides and pesticide combinations on human cells in the laboratory.

The study will last at least several months, during which we will need to raise additional funds to ensure our continued activities. So please, if you are not already a member, do join us! And tell your friends and family about our work.