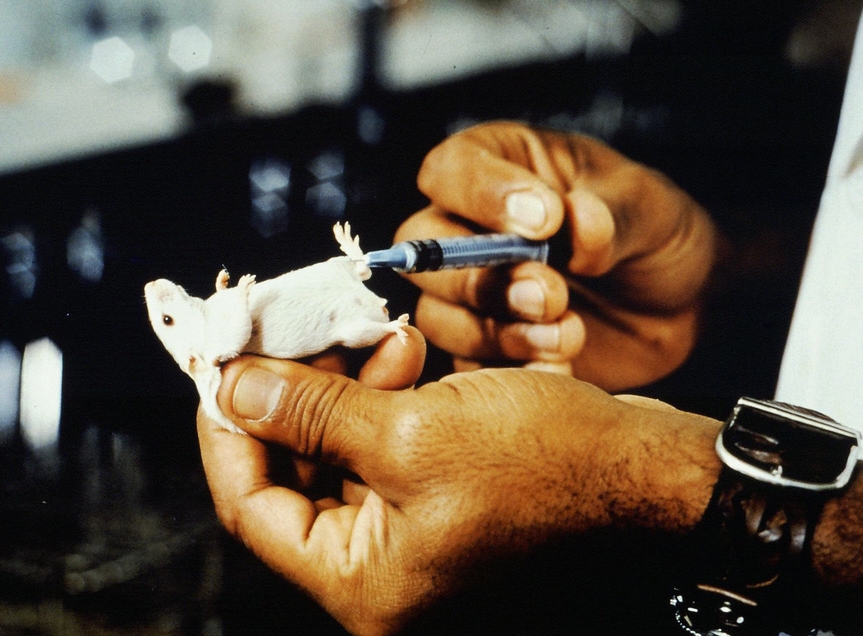 Many medical charities who rely for their funding on the goodwill of the general public go on to use this money to support animal research in the mistaken belief that animal experiments will yield data that is relevant to human disease. In his letter to CRUK, Andre Menache presents scientific data to show that animal models are not able to predict human outcome.

Although the letter was not written on behalf of Antidote Europe and even though we do not have a position on animal welfare, we are publishing this letter because of the important public health message it contains. We also consider this letter to be a guide to the general public, to ensure that your donations do not support animal research.

I am writing to you as an individual and a scientist who wishes to promote consumer health and animal welfare. I write to draw to your attention the Corporate Social Responsibility (defined as an organisation’s contribution and impact to society and the environment) of Cancer Research UK (CRUK), the world’s largest cancer charity, in relation to setting its priorities and objectives.

Among these objectives, I would like to bring three crucial issues to your immediate attention and consideration for response:

1. The moral imperative to better inform and educate the public on reducing their potential cancer risk through appropriate lifestyle choices

Cancer is a largely preventable disease, as can be discerned from the following referenced data provided in the table below:

The table above clearly indicates that, were significant changes in lifestyle to be made through effective public education, potentially 95% of all cancers could be avoided. It therefore makes sense to invest primarily and as a matter of priority in public education and public awareness campaigns, especially those related to smoking and obesity. Yet, on a review of your recent annual financial reports, the case was otherwise.

The amount spent on information and education represents less than 5% of the total disposable income of £ 364 million.

CRUK launched 10 goals in May 2007 [8] to be achieved by 2020, which included educational and awareness goals, for example ‘to make the public aware of the main lifestyle choices they can make to reduce their risk of getting cancer’ [9]. However, the amount of money spent by CRUK on information and education has remained essentially unchanged at less than 5% of the available income. One would expect the world’s leading cancer charity to set a bold example in this respect by following through on its goals.

2. The interpretation of statistical data in CRUK advertising and marketing campaigns

CRUK states that cancer survival rates in the UK have doubled in the last 40 years [10]. However, it is important to put this claim into perspective for the benefit of the general public, who so generously support the activities of CRUK.

What I have been able to find from my own research, with regards to determining the appropriate context and therefore analysis, is as follows:

Lead-time bias – the apparent increase in survival rate due to early cancer diagnosis through screening
People diagnosed with cancer who survive for at least 5 years from the time their disease is diagnosed are considered to have survived the cancer. Because cancer is diagnosed earlier through screening, this may give the impression that many more people affected by cancer are surviving the disease, based on the 5-year survival benchmark. However, the principal reason why 5-year survival rates have changed so dramatically over the past 40 years lies in over diagnosis in general and specifically over diagnosis secondary to lead-time bias and length bias [11].

Over diagnosis also factors into lead-time bias
Lead-time bias is the apparent increase in survival rate because the cancer was diagnosed earlier, based on screening. More pre-cancerous lesions are also being diagnosed and counted in statistics even though many would never have proceeded to cancer. This over diagnosis also factors into lead-time bias. Many cancers that are now diagnosed would never have killed the individual but are now counted in survival rate calculations [11].

Increase in cancer for another class – children
Childhood cancers are on the increase in the UK and cancer is now the leading cause of death in children aged 1 – 14 years [12]. Although more children are surviving cancer today, these individuals are still four times more likely to be diagnosed with another cancer later in life than the norm [13]. The fact that babies born today have up to 300 industrial chemicals in their bodies, including endocrine disrupting chemicals such as bisphenol A, requires a robust public awareness program on the avoidance of such chemicals, particularly in relation to pregnancy and breast feeding [14, 15].

3. The extensive use of animal models in CRUK-funded research

The non predictive and misleading nature of animal models must be placed into the context of societal concerns regarding the use of animals in research and testing. Giles writing in Nature states: “In the contentious world of animal research, one question surfaces time and again: how useful are animal experiments as a way to prepare for trials of medical treatments in humans? The issue is crucial, as public opinion is behind animal research only if it helps develop better drugs. Consequently, scientists defending animal experiments insist they are essential for safe clinical trials, whereas animal-rights activists vehemently maintain that they are useless.” (Giles 2006) (Emphasis added) [16].

The consensus today among scientists who work in areas associated with drug development and disease research is that animal models have no predictive value. This consensus is supported by empirical evidence, complexity science and evolutionary biology [17].

In an editorial to two articles, Nature Medicine stated: “The complexity of human metastatic cancer is difficult to mimic in mouse models. As a consequence, seemingly successful studies in murine models do not translate into success in late phases of clinical trials, pouring money, time and people’s hope down the drain.”(Ellis & Fidler 2010) [18];

Cancer researcher Robert Weinberg, of Massachusetts Institute of Technology, was quoted by Leaf in Fortune magazine as saying: “And it’s been well known for more than a decade, maybe two decades, that many of these preclinical human cancer models have very little predictive power in terms of how actual human beings—actual human tumors inside patients—will respond . . . preclinical models of human cancer, in large part, stink . . . hundreds of millions of dollars are being wasted every year by drug companies using these [animal] models.”(Leaf 2004) [19].

Leaf also quotes Homer Pearce, “who once ran cancer research and clinical investigation at Eli Lilly and is now research fellow at the drug company” as saying: “. . . that mouse models are ‘woefully inadequate’ for determining whether a drug will work in humans. ‘If you look at the millions and millions and millions of mice that have been cured, and you compare that to the relative success, or lack thereof, that we’ve achieved in the treatment of metastatic disease clinically,’ he says, ‘you realize that there just has to be something wrong with those models.’”(Leaf 2004) [19];

In light of the above emerging data and analysis already in the public domain, I ask that you as CEO give these points your serious consideration and steer CRUK in a different direction, for the benefit of human health and animal welfare.

Please be informed that this letter will be circulated among the general public.