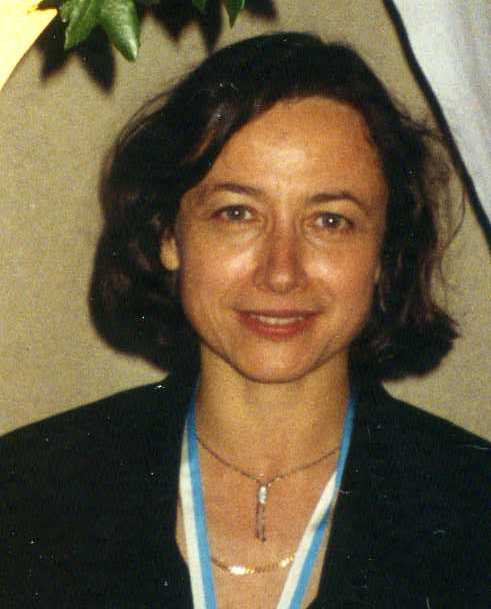 The use of monkeys is still common today in the fields of fundamental research and neurology. We face the same age-old ethical dilemma : their « similarity » to humans supposedly makes them good models monkeys but also raises difficult ethical questions. But from a purely scientific perspective, are monkeys actually good models for the study of human disease ? Below is the opinion of someone who is a medical neurologist, researcher and teacher.

Dr Colette Goujon is consultant neurologist at the Henri Mondor hospital, specialising in the management of chronic pain. She is also a research fellow at the Faculty of Medicine in Creteil and is the author of several peer reviewed articles and book chapters on the subject of chronic pain management.

Antidote Europe (AE) : Were you ever required to perform animal experiments in the course of your medical studies ? If yes, how did you manage to avoid them and still pass your medical exams ?

Colette Goujon (CG) :
In our second year medical studies we studied anatomy by dissecting human cadavers. I was never required to perform animal experiments during my medical studies, nor during my specialisation in neurology. It is fortunate that I never had to deal with this issue during my studies because I would have refused to participate.

AE : You recently attended a public hearing in the French parliament on the subject of animal experiments. According to one of the speakers, we need to study monkeys in the field of neurocognition. What are your views on the subject ?

CG : « Primates are phylogenetically close to humans » and thus regarded as having predictive value with respect to human response in the field of biomedical research. However :
Despite similarities between the DNA of chimpanzees and humans, there are important phenotypic differences that exist between species with regard to their genetic make up and disease. These in turn can influence the metabolism and the efficacy of pharmaceutical drugs.
In the field of neuroscience, where we explore the role of various structures in the brain, specifically related to decision making, motivation, judgement and emotions, many studies have been conducted in animals, particularly in nonhuman primates. But the translation of these laboratory experiments to humans remains very challenging, not only because of differences in cerebral structures in the cortex, but also because of different cognitive perception in animals. The latter are poorly understood and difficult to explore because animals do not share our language.
In addition, huge advancements made over the last 20 years in the field of non invasive brain imaging has provided neuroscientists with new insights into how brain networks are organised. As a result, data from monkey studies pale in significance when compared to human cognitive studies. The best experimental model for the study of humans is ourselves.

AE : Large amounts of funding are still allocated to animal research in the field of brain function. What would you consider to be a fairer way to allocate such funding ?

CG : As I am not involved in fundamental research, I am perhaps not the best person to ask this question. However, I would say that the lack of funding for the development of methods to replace animal use are a major obstacle to progress, for several reasons : lack of private and public funding ; lack of awareness of replacement techniques among clinicians ; lack of awareness on the part of the media and the general public of the existence of these replacement techniques.
To help remedy the situation, it is important that public funding be invested in human-relevant, evidence-based technologies such as microfluidics and organ-on-a –chip. These technologies will help to speed up the replacement of animal models.

AE : You are currently in practice as a neurologist who is regularly confronted by patients with serious neurodegenerative diseases, such as Alzheimer’s. What is your advice in terms of how we can better prevent these diseases ?

CG : Neurodegenerative diseases do not belong in a single category. Many of the articles written on the subject of prevention are contradictory. However, there does appear to be a general consensus on the need to adopt lifestyle measures associated with a decrease in known risk factors, such as : smoking, excess sugar and fat in the diet, lack of physical activity, and obesity, which is often associated with hypertension.

AE : We sincerely thank you for your time. Are there any other thoughts that you would like to share with our readers ?

CG : Questioning the status quo is an important stepping stone towards freedom of thought and action.
Scientists should be the first to realise that animals are not a good experimental model for man. Although many scientists now acknowledge this, some continue to promote animal research. « Animal models persist because of historical and cultural reasons. While non animal replacement models must undergo an officially recognised validation procedure prior to regulatory acceptance, animal models are accepted on the basis that they are predictive of human outcome. » (Andrew Knight)
The cornerstone of good research is that it be based on critical thinking, but changing habits costs money and requires time.
Some clinicians are far from convinced that animal experiments produce relevant results and are generally critical of such studies on moral grounds, on the basis of animal suffering. However, these individuals often feel isolated and are not sufficiently knowledgeable about available replacement techniques to enable them to challenge animal researchers.
We should aim for the complete abolition of animal experimentation. This goal would signal a awareness of our moral responsibility towards our fellow creatures and a sign of humanity’s progress.