Dr Ray Greek is author and co-author of five books that challenge the value of animal experiments from a strictly scientific perspective. His latest book, entitledAnimal Models in Light of Evolution (co-authored with Professor Niall Shanks), deals in considerable detail with the question of predictivity. 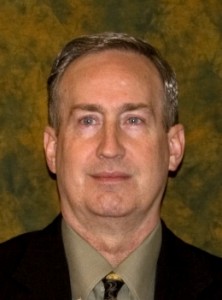 Ray Greek received his MD from the University of Alabama-Birmingham School of Medicine in 1985 and completed his residency in anesthesiology at the University of Wisconsin-Madison in 1989. He is board certified in Anesthesiology with sub-specialty certification Pain Management. He has practiced in two university teaching hospitals where he performed research with human. Prior to that research he participated in research with animals. He has published in the scientific and nonscientific literature, appeared on numerous television broadcasts including the BBC and CNN. Since 1996 he has been President of Americans For Medical Advancement, based in California.Recent publications include:

Antidote Europe (AE): Could you describe to our readers how you came to question the efficacy of animal experiments? The first book you wrote (Sacred Cows and Golden Geese: The Human Cost of Experiments on Animals) was co-authored by your wife, who, interestingly, is a veterinarian.

Ray Greek (RG): During the late 1980s, my wife Jean was attending veterinary school at the same university where I was teaching in the medical school. She would come home at night and we would discuss the treatments we were using on our patients, the various illnesses they were suffering from, the ways we were anesthetizing them and so on. We quickly noticed that her patients — dogs and cats — had very little in common with mine. Illnesses that routinely killed humans did not affect her patients and drugs she used could not be prescribed to humans. This led us to question whether research conducted on animals, under the guise of finding cures and treatments for humans, was rational. After several months of rather detailed discussion, I asked numerous physician-researchers if what they did with animals actually led to the development of treatments for humans. All responded that while the specific research they conducted did not, the research others were doing did in fact lead to cures. I found this very interesting because what each researcher was saying was that animal-based research helped the other guy. Everyone assumed animal-based research was immensely important to someone else. It was actually quite funny going from researcher to researcher and hearing the exact same thing.

AE: You are the author and co-author of five books that challenge the value of animal experiments from a strictly scientific perspective. Your latest book, entitled Animal Models in Light of Evolution (co-authored with Professor Niall Shanks) deals in considerable detail with the question of predictivity. Could you explain the significance of this key concept in relation to its impact on human health and risk assessment for the benefit of persons who do not have a scientific background?

RG: Society accepts research using sentient animals because they have been told such research leads to safer and more effective drugs because if the animal being tested on dies or is injured from the drug then that drug will not make it to the market. In other words, animals can predict human response. What I learned in the late 1980s was that this was simply not true. Animals, because they have different evolutionary histories complete with differences in gene regulation and expression cannot predict responses for a different species, in this case humans. The same is true of using animals to study human diseases. There is an assumption that if scientists ascertain how HIV enters the white blood cell of a monkey then they have also learned how it enters the white blood cell of a human. Again, this is demonstrably false. So, what we are left with is the fact that society is using animals for drug testing and disease research thinking the animal models are predictive for humans when in fact they are not. This has implications for whether society would allow sentient animals to be so used if they were aware of the lack of predictability. It also has implications for the laws and regulations countries like the US and UK use when deciding whether drugs and chemicals are allowed to be sold. Basically the animal-testing Emperor has no clothes.

AE: The scientific evidence against relying on animals as predictive models for humans seems very strong – even overwhelming. So what, in your opinion, are the biggest obstacles to getting rid of the old paradigm and replacing it with a new one?

RG: The new paradigm is human-based testing and specifically testing on the individual who is going to take the medication. Your main concern is not how a drug will affect most people but rather how it will affect you. The way to determine this is to test it on your genes via a DNA chip. This is currently being done for some drugs. The reasons we do not have more progress along these lines are the same reasons society does not change other ridiculous practices. The animal-based research engine is fueled by the same forces of human nature that have harmed people since the dawn of time: ignorance, greed, ego, self-preservation and fear. Add to that inertia and blind obedience to the system, and you have the perfect formula for keeping this multi-billion-dollar industry thriving. A lot of people make money from using animals in research and testing and institutions have grown up along side these individuals. Until society realizes that they as individuals are being harmed by testing on animals and doing research on animals then the vested interest groups will continue to profit at the expense of patients.

AE: Having identified the impediments to progress, what would be the most effective strategy in order to implement change, in your view?

RG: Education. Society as a whole needs to understand what is happening and why. Only then will society as whole object sufficiently strenuously to counter the vested interest groups. I suggest that people read our book, designed for the non-scientist,FAQs about the use of animals in science. This book is written to inform educated non-scientists about what animals are used for in research, why they fail, and the implications of that failure. I am not recommending the book because of self-interest; all the profits go to charity. Society is not going to make the effort to change the system until they appreciate how corrupt the system is and how dangerous for humans animal-based research is. This book is a good place to begin learning these things.

AE: Thank you very much for giving up your time to take part in this interview. Do you have any closing thoughts or are there any additional comments you would like to share that were not covered in the interview?

RG: Anti-vivisection and animal protection groups have, for over 150 years, pointed out to society how evil animal experimentation is yet society has failed to demand change insisting that the practice is necessary for science to advance and cures to be found. What we are saying is that, regardless of whether you love animals or love to eat animals it is in your best interest to learn more about this issue because your health and even your life, or the life of a loved one, will someday depend on scientifically viable biomedical research that is conducted based on the current knowledge we have from fields like genetics and evolutionary biology. If society continues to allow the white coat welfare that exists today, patients will continue to suffer and die. Scientifically speaking, animal models cannot predict human response and that is not going to change. Everyone needs to be aware of this and get involved in order to affect change.

Drug Testing Procedures: How Much has Changed? Scientific Toxicity Assessment of pesticides, drugs and other chemicals